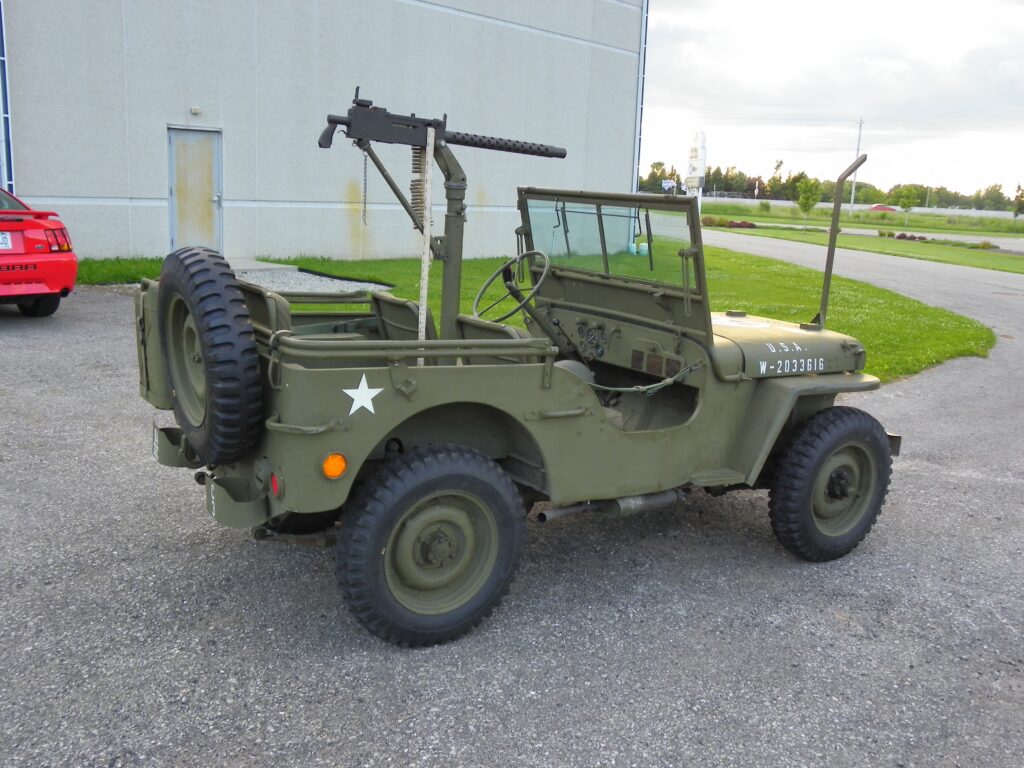 On July 11, 1940 the US Army approached 135 automotive manufacturers and asked them to submit a design conforming to the military’s specification for a new vehicle design. Three companies responded and American Bantam Car Company won the bid. Bantam was unable to meet production requirements so the military asked Willys and Ford to continue with their pilot models.

In July 1941 Willys won the contract for 16,000 vehicles. Willys recognized the fact early on that production capability  was limited and they would be unable to meet the contract numbers specified. Willys sub-contracted with Ford to build the MB under license agreement. Ford called their model of the MB the GPW. The onset of war increased the numbers contracted for both the MB and GPW models significantly.

As shown here the first 25,808 Willys MBs used a welded flat iron “slat” radiator grille and had “Willys” name embossed  on the back panel. It was Ford that first designed and implemented the more familiar and distinctive stamped slotted steel grille into its GPWs which was lighter, used fewer resources and was less costly to produce. Along with many other design features innovated by Ford, this was adopted by Willys to become the standard in WWII Jeeps by late April, 1942.

With over 645,000 copies produced, it was the most produced vehicle of the war. They served in every theater of the war, in every conceivable role, and with every Allied army. This vehicle changed the way Americans looked at the automobile and added a new word to our vocabulary: Jeep.