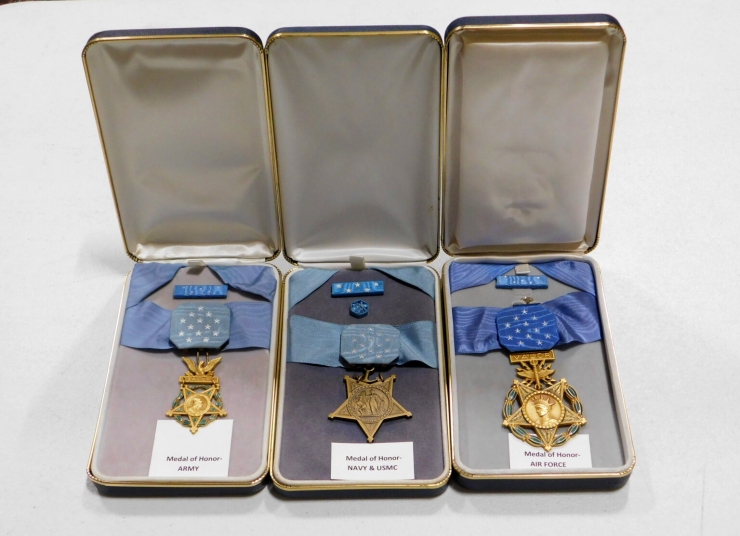 The map of Wisconsin at the top of the display lists all 63 recipients, indicating the war they participated in when they received the MOH. There are 3,527* Medal of Honor recipients nationally, with 624* having been awarded posthumously. The museum’s Medal of Honor display currently honors two local soldiers from Neenah. On the left is First Sergeant Elmer Burr who received his MOH during WWII and on the right is Staff Sergeant Kenneth Stumpf who received his MOH during the Vietnam War. In addition, General Douglas McArthur is also honored at the upper right. 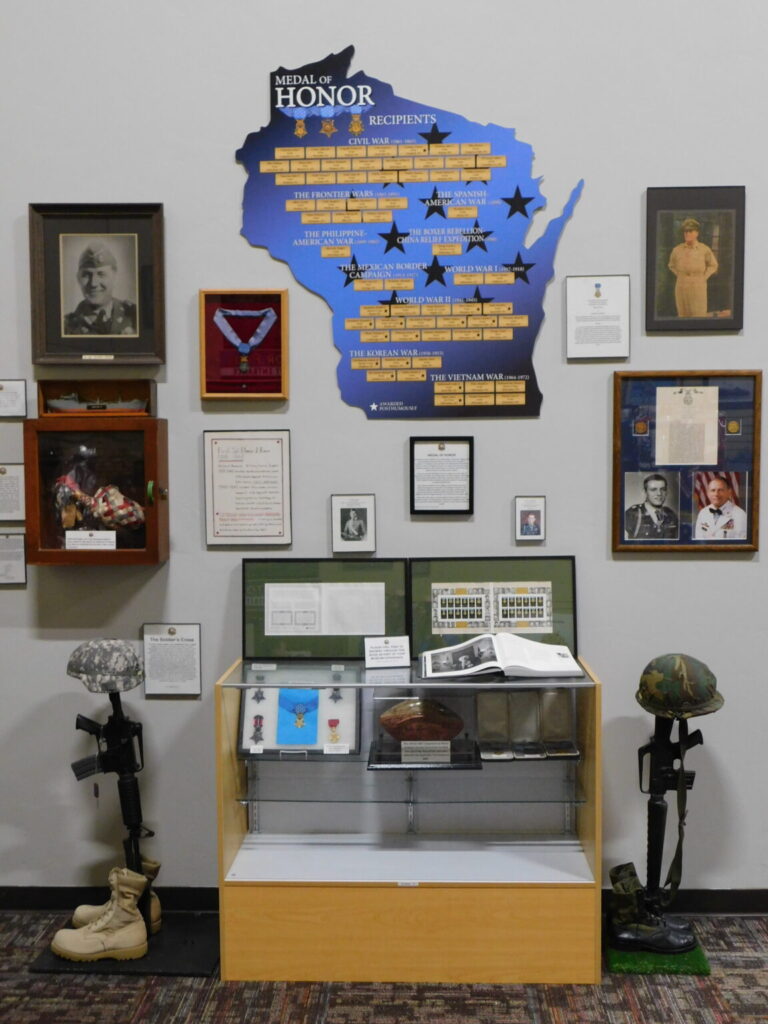