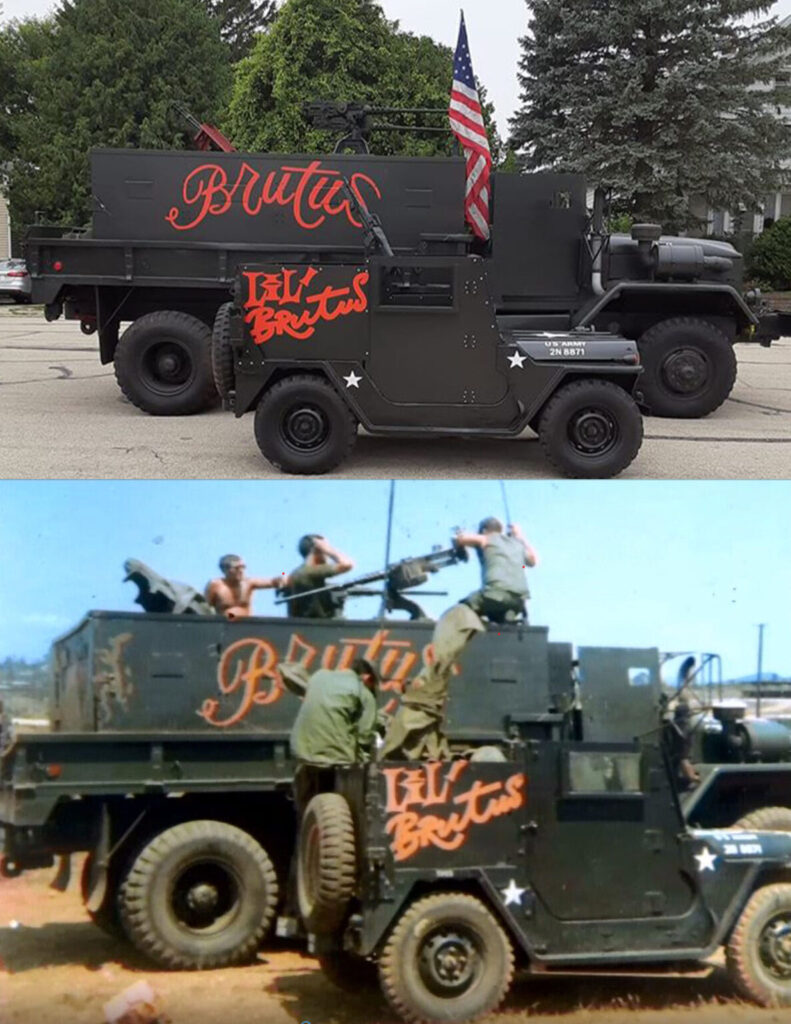 Brutus and Lil’ Brutus at MVMEC are exact replicas of the convoy security vehicles used by the 359th Transportation Company in Vietnam during 1969. In the months that followed, changes were made to the gun configuration on both vehicles to better adapt to the ever-changing enemy tactics.

The Brutus gun truck was active from January 1969 to May 1972. Our museum replica has two forward .50-caliber machine guns and a 7.62 mm minigun in the rear.

About 20 volunteer organizations and people banded together to create our Brutus replica, which is displayed in our motor pool. The project was initiated by Roger Blink, one of the original Brutus drivers and current owner of the replica.

There were many other gun trucks used for convoy support. These trucks were placed in the kill zone while all other vehicles fled the area being attacked. Visit the museum to see a full list of the crew that gave their lives in service on the Brutus gun truck as well as the crew that helped build the Brutus replica. This display is dedicated to the 359th Transportation Company’s men and to the many other Transportation Companies that served in Vietnam, especially those that did not return.

Did you know you can request our Brutus replica and/or its equipment for your event? Contact us.