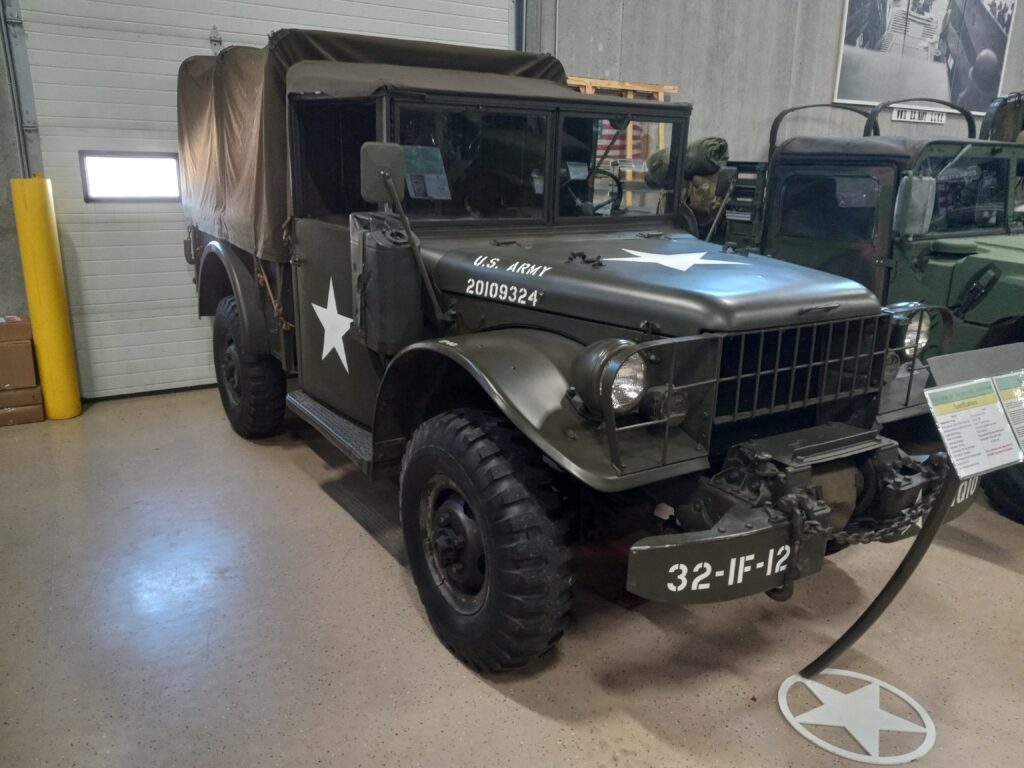 Quantity produced: 115,838 of all variations

Six prototypes of the vehicle were produced in early-to-mid 1950 based on the WC series Dodge used in World War II, with the first pre-production pilot vehicle rolling off the assembly line on 14 December 1950. Many of the components on the M37 are similar or identical to the World War II vehicle and many deficiencies of the previous series were corrected in the M37. Notably, a conventional pickup truck style bed replaced the platform on the World War II vehicle, simplifying production. There was significant drivetrain and power plant commonality with the WDX series civilian Power Wagons. Outside of the fenders, there were sheet metal differences between all the vehicles.

Production of the M37 began in earnest in January 1951, with approximately 11,000 vehicles made by the end of that year. By mid-1954 63,000 of the vehicles had been produced. In 1958 a number of modifications to the design resulted in the new vehicles being designated as M37B1. From mid-1958 until the end of production 47,600 M37B1 vehicles were produced. Approximately 4,500 Canadian M37CDNs were also produced between 1951 and 1955. These vehicles continued in service worldwide in the Israeli and Greek militaries.

In total, between 1951 and 1968, 115,000 M37s were produced. It was common in the 1970 and 1980s to encounter these vehicles in government auctions. Many of the vehicles were transferred to civilian agencies and some are still in use today in rural areas. They were out of significant military service by the late 1970s, replaced by the M715 M880 of military trucks.