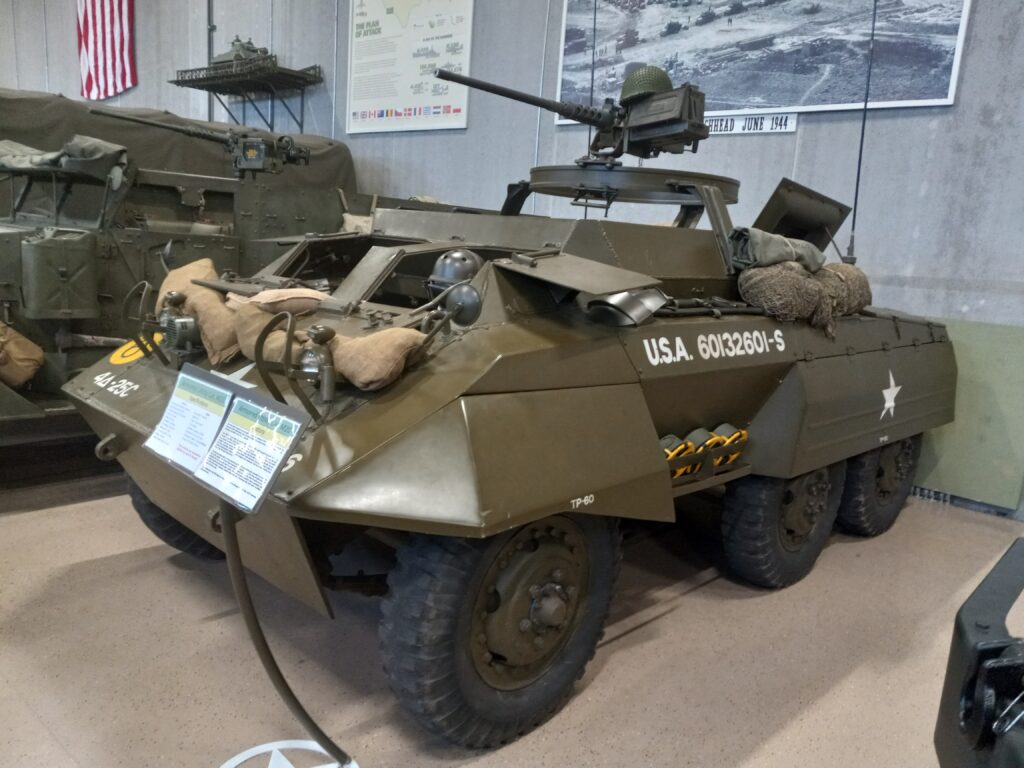 The first fully Armored Car was built on a Cadillac chassis in 1914. Ever since that time the U.S. Army has been developing ways to better protect the soldiers inside the car and improving performance to better carry out the mission.

The M20 Armored Utility Car and its older brother, the M8 Light Armored Car, both trace their lineage to the M3A1 Scout Car. As the Scout Car was the main cavalry vehicle used, the military wanted to outfit it with a 37mm anti-tank gun for improved capabilities. Due to the added weight of the gun, mount, and ammunition, along with the high silhouette of the gun, the project was cancelled. However, the newly formed Tank Destroyer Command wanted a light armored reconnaissance vehicle, so more designs were evaluated. This led to the eventual creation of the M8 Light Armored Car.

The M8 was armed with a 37 mm anti-tank gun and .50 cal machine gun, mounted in a turret on top of the vehicle. The M8 met Tank Destroyer’s Commands desires, but they wanted two new vehicles. One that could be used as a armored command car, and the other to serve as an armored personnel-ammunition-cargo carrier. These two proposed vehicles were combined into one when Ford Motor Company realized they could use a turret-less M8, with other modifications, to fit both roles.