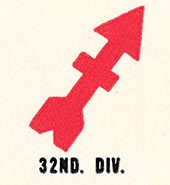 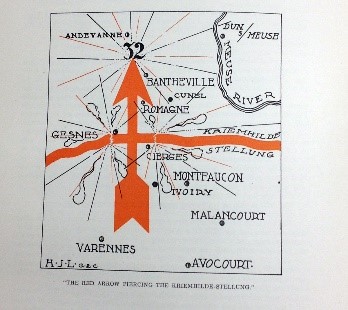 The United States 32nd Infantry Division was formed from Army National Guard units from Wisconsin and Michigan and fought primarily during World War I and World War II. With roots as the Iron Brigade in the American Civil War, the division’s ancestral units came to be referred to as the Iron Jaw Division. During tough combat in France in World War I, it soon acquired from the French the nickname Les Terribles, referring to its fortitude in advancing over terrain others could not. It was the first allied division to pierce the German Hindenburg Line of defense, and the 32nd then adopted its shoulder patch; a line shot through with a red arrow, to signify its tenacity in piercing the enemy line. It then became known as the Red Arrow Division.

During World War II, the division was credited with many firsts. It was the first United States division to deploy as an entire unit overseas and among the first of seven U.S. Army and U.S. Marine units to engage in offensive ground combat operations during 1942. The division was among the first divisions to engage the enemy and were still fighting holdouts after the official Japanese surrender. The 32nd logged a total of 654 days of combat during World War II, more than any other United States Army division. The unit was inactivated in 1946 after occupation duty in Japan.

The division was recreated within the Army National Guard after the end of the Second World War in 1946. On 6 September 1961, with the heightening of the tensions due to the Berlin Crisis, the 32nd Infantry Division was alerted to an impending call-up. The commanding general, Major General Herbert A. Smith was notified a few days later that the division was to report on 15 October 1961 to Fort Lewis, Washington, for active duty. This was exactly 21 years after their activation date for World War II, at which time then Lt. Col. Herbert A. Smith had been commander of the 2nd Battalion, 128th Infantry. They returned to Wisconsin without being deployed overseas.

In 1967, the 32nd Division—by then made up entirely of Wisconsin units—was inactivated and reorganized as the non-divisional 32nd Separate Infantry Brigade. In 1971, the brigade was converted to mechanized infantry. In 1997, the 32nd reorganized from a separate to a divisional brigade, reducing in the process the staff of its headquarters from 300 down to 85.

After it was converted back to light infantry, Army officials designated the 32nd an “enhanced” brigade, eligible for a higher level of funding and other resources than most National Guard brigades receive. Changing the brigade’s shape to fit the profile of a light brigade also meant significant benefits for the unit and for the state, including more than US$6 million a year in additional federal funds to operate units and provide training and logistics support. This also meant an increase in the number of physical assets, such as trucks and scoop loaders, which are available to the state in an emergency.

In February 2009, the 32nd Brigade deployed 3,200 members on a fourteen-month deployment to Iraq, its largest deployment since World War II.        (Source-Wikipedia) 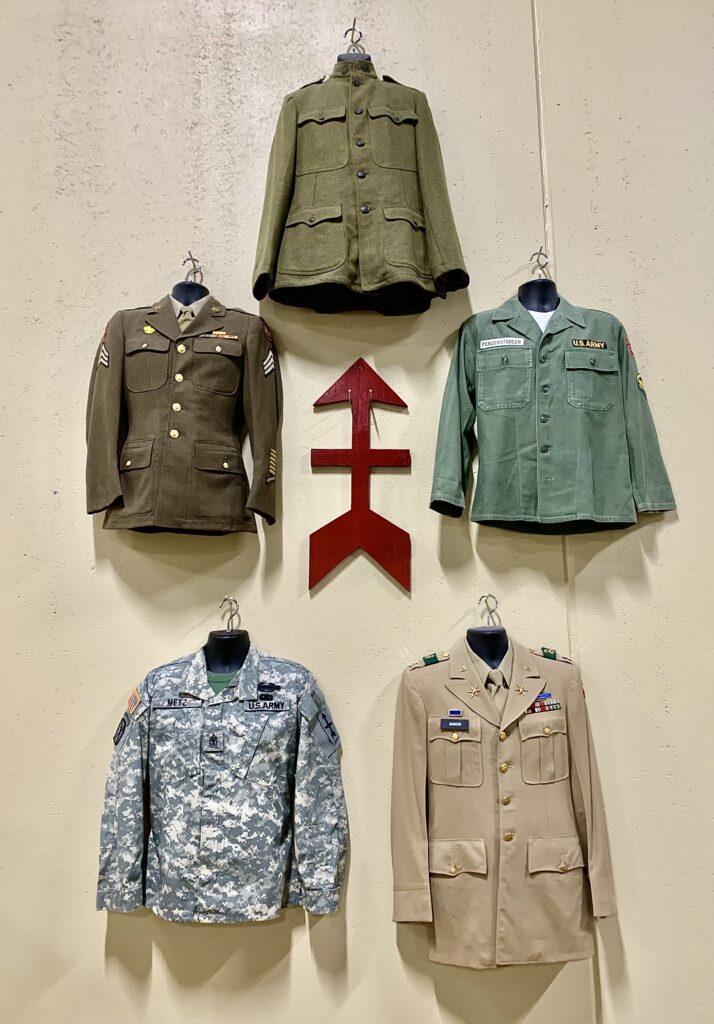 The display in the picture above is located on the east wall of our gift shop area. It features five different period uniforms in a star pattern with a wooden Red Arrow in the center.

All of these uniforms were worn by members of the Red Arrow Division as they proudly served their Hometowns, their State and their Country just as current members of the 32nd still do today.